How to Breakup with Limiting Beliefs & Set yourself Free

Most belief systems differ from one another solely based upon the environment which you grew up in, but one common trend between most of them is that they’re limiting.

Here’s a generalization for you, but many Americans are raised to believe that going to college, working until 55+, then retiring and spending your senior citizen days playing golf embodies success.

I couldn’t never get with that idea. That was NOT my idea of success, and because I was rebelling against the societal standard, a lot of people had a hard time understanding that my idea of success was different than theirs.

Stupid that we as people are so small minded that we have a hard time even UNDERSTANDING that straying away from the college, 9-5, retirement cycle can ALSO equal success.

That was a mini-rant…but examples are always helpful so there’s one. Back on track..

Think about the environment you were raised in.

We’re raised to believe that if we fit into society’s mold, we will be successful and fulfilled.

But, fulfilment isn’t a one size fits all kinda thing.

What makes me feel fulfilled is going to be different than what makes you feel that way.

But we’re also raised to be extremely closed minded.

It’s not like when you were presented with a handful of belief systems and your parents said, “choose one.”

You didn’t have a choice then.

But you do now.

The problem is that after 20, 30, 40+ years of living under this conditioned (and scarce) belief system, it’s really effing hard to start over and recondition your mind.

When you have limiting beliefs, you can’t fall into your truth and you can’t manifest to your greatest abilities.

One of the hardest things I had to work on in the beginning of my journey was un-conditioning my mind and then decided what I chose to think and believe.

When you start to take the limits off life, insane things start to happen. 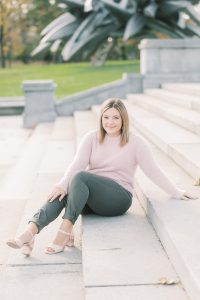